I am using Panels to stream my Komga library and everything works well, but I cannot find how to see the progress bar of each book on the library view.

When I download books locally, I am able to see from the library view how far each book has been read, but it doesn’t work on my server library.

I’m not sure if this is a setting I am missing somewhere?

Panels doesn’t support that feature, though the developers claim that it is on their roadmap. Check this thread: New user with some question about Komga support

Thanks for the feedback folks.

It’s still in our backlog. Also, I’m a Komga user, and I’d love to implement this.
But unfortunately, we haven’t been able to prioritize it yet.

Thanks for bearing with us.

Kavita also have an API to Mark as Read.
If possible, implement this with Komga and Kavita.

Is there any likelihood of this getting prioritized in the near future? My subscription is ending next month and I don’t see any point in renewing it if I can’t properly track my progress in my Komga library. I would settle for just getting finishing a book reported (as is done in Paperback) if it is still impractical to implement the Komga api.

This is the same with me. Why use Panels if it doesn’t sync with Komga? I started using the webpage directly since I can at least sync my progress.

Here’s the thing, folks: We already implemented Komga reading progress sync for streamed comics, but it is disabled at the moment. We wanted to release it when we could sync the downloaded comics’ progress.

Currently, we have a blocker that prevents us from implementing the feature as we wanted. We are not storing the source from which the files were downloaded. Meaning that once you download a comic from Komga, it’s just a local comic. We don’t know the server where it was downloaded or its identifier on the server.
Also, you could have more than one server configured, and we need to keep track of that to know which server we should update the reading progress on.
On top of that, the server could be down when you are reading, so we would have to store those updates for later.
Tracking this information requires a big lift, and it’s improbable that we can do it within the month.

We can enable progress sync in the next release, but it will only support streamed comics.
I think it’s a bit confusing, and it will be hard to communicate why it works for streamed comics and not for the cached/“copied to your library”.

But I’m happy to do it if that adds value to you, folks.

We also implemented Kavita’s API, but it doesn’t work because Kavita updates the progress automatically when we fetch the pages through OPDS PS. Given that Panels pre-loads pages so they are ready when you need them, the reading progress breaks and gets auto-updated by the server. We have to chat with the Kavita team to find a workaround.
For now, we can only enable Komga’s reading progress sync.

One last thing: it’s not a two-way sync. Panels sends the reading progress to Komga, but it doesn’t fetch it from the server. We might improve this in the future.

As a mobile engineer, I completely understand the extremely complicated nature of offline syncing. On top of the edge cases you mentioned, you also have to either not sync the issues that users already downloaded, or somehow match them to an issue on the server. To others on this thread, I’m just verifying that yes, the Panels team has a LOT of work to enable that and none of it is easy. I completely understand that this isn’t something that can be rolled out in the near future.

I’m personally just so happy that it’s going to be worked on. Having a single source of truth (in this case, Komga) and having all our reading syncing to that will be a really great future, and I’m so happy that it’s moving in that direction and there’s a plan.

In my opinion, with the right messaging to users, you could roll it out in two parts (streaming sync then downloaded sync). You could even have it as an opt-in setting so people turning it on will know what they’re getting.

Thanks again for listening and working so hard to get this out to us. There’s a reason why we all think Panels is the best comic app.

I’d be perfectly happy with syncing reading progress only for streamed comics as that is how I use Panels anyway (and I don’t mind being selfish :-)).

Raven’s suggestion of making it an opt-in feature sounds like it should address any potential confusion as well.

Panels is a great reader and I would like to continue using it but tracking is too important for me.

Thanks, folks for understanding.

The next version of Panels will have this feature enabled. Actually, if you install the latest Testflight, you should be able to test it.
Please, give it a go and let us know if it works as expected. 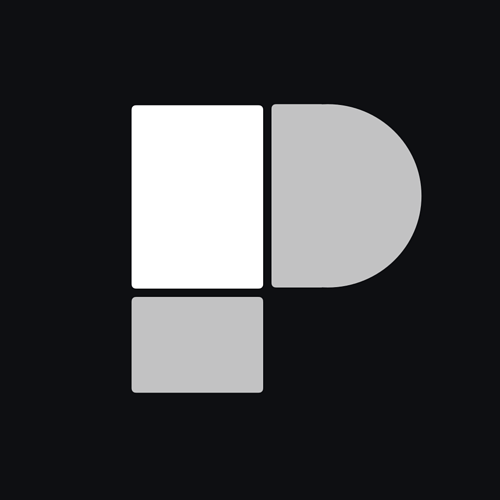 Will do, thanks. I’m definitely happy to have syncing from streaming, and having syncing with the offline files would be incredible. I mostly read the offline files and then manually mark issues as read on Komga. Having two way syncing would be even greater than that, but totally understand that that would take Komga’s cooperation.

I’ve installed the Testflight version, but it still doesn’t seem to mark issues as read once I’ve finished them. Admittedly, this is with a sample size of one but I expect that it won’t work for any other issue that I try.

I don’t know if this is relevant, but I was reading from the “On Deck” section of my Komga library.

I just tested it, and it works as expected to me. I start streaming a comic, and it appears “On Deck”.
I advance a few pages, close the reader and it updates the progress on my Komga server. I read until I reach the last page, and it’s removed from “On Deck” and marked as read, and the next issue in the Series automatically appears “On Deck”.

If you create a test account on your server for us I will be happy to investigate further.

Also, keep in mind that the app does not sync the progress as you change pages. Only when the reader is closed or the app is sent to the background in iOS.

It doesn’t seem to be working for me either. Happy to share a guest login to my Komga if it helps.

Hey folks, could you try the latest Testflight that we just released?

I’ve made a few changes that I think will solve the issue.

Please, give it a try and let us know

Unfortunately this release doesn’t appear to fix it for me

I think I found what’s going on.

@James_Evans sent some more info via DM and helped me find what I think was the cause of the issue.

A new Testflight its on its way.