It’s been quite a while, but Nested Folders are finally here!

We just released the new 2.12.0 Testflight that, amongst other things, brings support for nested folders.
This new version of Panels has a new Library engine based on the device File System.

What exactly is the File-System-based Library?

The current version of Panels has a database-based library and a closed data container inside the app sandbox. This has some implications: 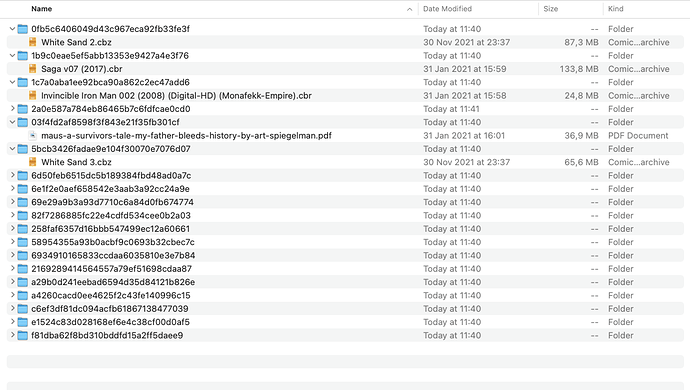 We’ve completely revamped the logic to organize the Library with a completely different approach in this new version. 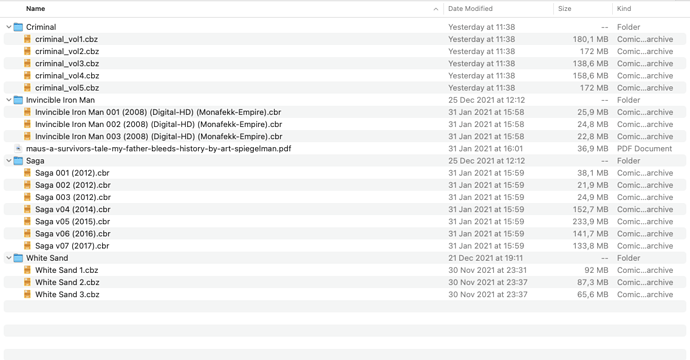 A nice feature in Panels, is that you can have the same comic in multiple collections without taking more space.
That’s why we are translating this feature in the file system as symbolic links.
In the new Panels, you’ll be able to either copy a file into another folder (will duplicate it and occupy double the space) or link it using a symbolic link (it will create a weak reference to the file without increasing the used space).

We have removed the “Add to collection” feature and, instead, we have implemented a copy-paste-like approach. You now can copy one or more files and then duplicate, move or link them in a different location.

We are looking forward to all your feedback.

Wow. Been waiting for this a long time! You did it! How soon until it’s out of beta stage and ready for prime time? -Joe

It depends on how many issues people/us find during the beta testing. We’ve been testing 2.12.0 for almost a month now, and we are very confident that everything is working as expected. We haven’t found any major issues so far.

If nothing comes up in the next few days, we might submit it to AppStore review on Sunday. Hopefully will be out next week.

I am REALLY excited to play with this. This looks awesome!

This is very nice; it would be even nicer if .CB[RZ] files would not just display a blank icon, but that is for some other day. Great work. One thing I noticed is that there is a “system-backup” folder in there that should probably not be exposed to the user, unless I am mistaken.

One thing I noticed is that there is a “system-backup” folder in there that should probably not be exposed to the user, unless I am mistaken.

We generate this backup just in case something goes wrong in the migration from the old library to the new one.
We might get rid of it (or maybe hide it) in the final version. Thanks for flagging it though

it would be even nicer if .CB[RZ] files would not just display a blank icon

I guess you mean on Files.app, right? We are still investigating whether we can use some APIs to add the thumbnail to the file metadata. But it’s out of the scope of this release. Hopefully we can add that in the future.

Panels folder is inside your “On My iPad” location.

Not really. Both things are unrelated. But we are planning to improve Komga support, including syncing reading progress. New user with some question about Komga support.

Been waiting for this to be implemented. Any update on the live date?

We don’t have a release date yet. We’ve found some issues with the lock content feature and we want to fix them before the release.