Been having this issue for a couple months now. For some reason the Panels Widget for my phone hasn’t been working. It just shows up as a gray box. Tried re-adding the widget, reinstalling the app, but nothing has fixed it. Issue was present on iOS 15, iOS 16 Beta and now regular iOS 16.

Oddly enough, its worked fine on my iPad for the same iPadOS versions listed above. 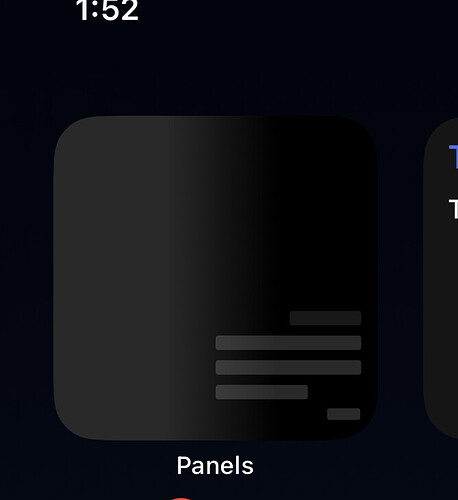 Thanks for letting us know. we will look into it.
The next version of Panels will include some improvements in the widgets. We will make sure they are working correctly.