Any idea when the feature will be implemented? It’s hard to keep things organized when all folders have to have the same customization option for sorting. Also, is there a chance we’ll get to group items for manual sorting (e.g. grab multiple comics to move them to the end of a list)

We are currently focused on nested folders. We want to add more customization features, but it’s not in our short-term roadmap.

Tweaking the sorting configuration per collection would require quite a lot of changes.

I think we can implement this one, yeah. I’ll add it to the feature requests list.

@barrelproofspaniard The next version of Panels will have support for rearranging multiple comics at the same time.

Unfortunately, UIKit (iOS native UI framework) does not support it. It doesn’t show the animation moving the cells around to make room for the new items. But at least, it works.

It looks like we can manually implement that animation. But it’s way out of scope for us at the moment. We’ll polish the UI in the future if many users use it. 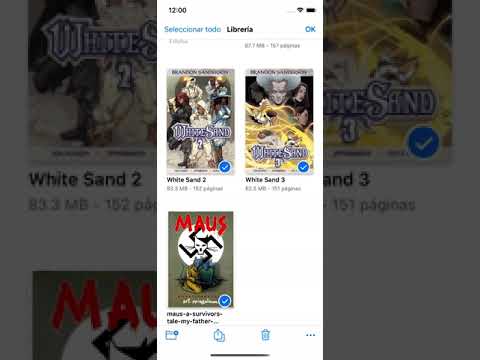 Thanks for the response. Actually nested folders would be even better. Would love to see that finally implemented.

While we’re on the subject of changes - is there any way to make it so that items that are imported go to the bottom of the collection instead of the top? Looks like the default is the top and no option to change the configuration.

you can sort your library by Date descending. That would put your newest comics at the bottom. But, other than that, there’s no way to get that behavior.

They appear on top so you can have visual feedback that something happened.